Late last week Variety broke the story that Steven Spielberg was no longer attached to direct a remake of Harvey, the 1950 James Stewart fantasy about a man and his friendship with an imaginary six-foot rabbit. According to the article, production was expected to begin in early 2010 for an expected late 2010 release. At this point we don’t know why the bottom fell out of this project, but Variety hints that creative differences between team Spielberg and Robert Downey, Jr. (who was set to star) are at least partly to blame. The announcement comes after two years of similar stories about Spielberg’s “next project,” which never seem to go anywhere.

Perhaps no other director in Hollywood is attached to direct more projects than Spielberg. There is the Abraham Lincoln drama based on Doris Kearns Goodwin’s Team of Rivals, starring Liam Neeson. Tony Kushner, who co-wrote Munich, is apparently doing rewrites. There is The Trial of the Chicago 7, about the protests that erupted at the Democratic National Convention in 1968, which is now scheduled for release in 2010 with Ben Stiller directing. There is The 39 Clues, an adventure story based on a series of popular children’s books about a globe-trotting family, which is also in rewrites. There is Oldboy, supposedly based on the Garon Tsuchiya comic not the Chan-wook Park film. There is talk of a Matt Helm project, based on the Donald Hamilton espionage novels. There is Interstellar, the sci-fi project written by Jonathan Nolan. In recent months there has also been speculation that a fifth Indy adventure could be in the cards, along with a fourth Jurassic Park movie.

All of these projects have been spotlighted by trade papers like Variety, which in turn feeds the blogosphere, fan sites, and forums, where speculation often turns into geeky hysteria. The recent Talkback for the Harvey story at Ain’t it Cool News offers commentary from all sides: “FINALLY!!! Something Spielberg ISN’T doing for a change,” “Why, it’s Spielberg’s canceled project of the week,” and “This didn’t need to be remade.” It’s not surprising that there’s interest in these projects, but what happens when they are never made?

On one side, we follow the production status of these projects to the point where we can often imagine the completed film before it’s released. Casting decisions, leaked production art, covert on-set photography, script leaks, and the ever-reliable word of mouth from “sources close to the production” all contribute to our attachment to these projects. On the other side, the productions themselves have often spent millions of pre-production dollars developing the script, casting, sketching out storyboards and concept art. What happens to all this work? It’s either stored somewhere or thrown away, rarely to be seen again, unless the film itself is resurrected at some future point.

The Harvey story got me thinking about all the films that reached some stage of pre-production but were ultimately never made. Spielberg’s catalog of almost-mades is large indeed, but several of these films have gone on to be made by other directors. For years, he held on to Memoirs of a Geisha but finally released it to Rob Marshall. If it wasn’t for Spielberg, then Kubrick’s A.I.: Artificial Intelligence would never have been made. But some things like Harvey just don’t go anywhere (yet). And we’re likely never to see Spielberg’s notes, art, and design for the film.

What do these never-mades tell us about the filmmakers behind them? When we consider a filmmaker’s output we never consider the films that were almost made. Would it be a stretch to say that we could learn a lot about the creative process if we could study these almost movies? These phantom projects can provide real insight into a filmmaker’s stylistic palette at a particular time in his/her career. Besides knowing what happened to sink the ship, we could learn valuable information about what attracted a filmmaker (not limited to a director) to the project.

Almost, But Not Quite

Alfred Hitchcock was to have made The Short Night after Family Plot, but the director’s deteriorating health derailed the project at Universal. A completed screenplay was published by the author, David Freeman, in the book The Last Days of Alfred Hitchcock. Wikipedia even has a page devoted to  Hitchcock’s unproduced projects. In 2007 Martin Scorsese put together a short film based on a bare-bones 3-page treatment prepared for Hitchcock, called The Key to Reserva. It can be viewed here. You gotta love Scorsese’s passion for the material: “It’s one thing to preserve a film that has been made. It’s another to preserve a film that has not been made. … I’m obviously not going to shoot it the way I would. But can I shoot them as Hitchcock? I don’t think so. So who will I shoot them as? This is the question…this is the process.” Priceless.

There’s no question that Scorsese shot the sequence with Hitch in mind. The camera angles, pacing, and even the music suggest an oddly familiar Hitchcockian flavor. Some of these choices were inspired by the script treatment, while others seem to represent Scorsese’s attempt to channel the stylistic signature of the old master. He is right to say that the result isn’t quite Hitchcock, nor is it Scorsese. It’s Hitchcock through Scorsese. I can only imagine a filmmaker in forty years channeling Scorsese from an unproduced treatment. Say, the long gestating Sinatra project.

The Scorsese experiment reveals very little about the aborted Hitch project or Hitch’s own stylistic impulses. Since he never made the film — or The Short Night, for that matter — we can only speculate as to how he would have approached the tone, look, and sound of these projects. Scorsese indulges in a way that any of us would with an unproduced Hitchcock script: he interprets the material as he knew Hitch would. Or, the way we assume he would. 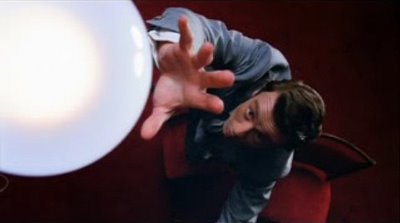 In Hitchcock’s case, health issues were the determining factor in sealing The Short Night‘s fate; Harvey seems to have suffered from “creative differences.” But budget considerations seem to be the biggest factor in Hollywood’s ability to sink projects that are in some form of production. Which leads me to the one of the most storied never-mades in film history: Stanley Kubrick’s Napoleon project. In fact, Taschen books has just released a mammoth volume which compiles all of Kubrick’s notes, photographs, script treatments, and other pre-production materials in the aptly titled “Stanley Kubrick’s Napoleon: The Greatest Movie Never Made.”

Allison Castle, who previously published the Kubrick Archive for Taschen — an outstanding collection of Kubrick’s sketches, notes, and other materials from all of his films (and some of his never-mades) — has seemingly done the work for film scholars by packaging the bulk of Kubrick’s notes and other research materials in one place. I say “seemingly” because I have yet to actually see the tome myself. Castle’s work on the Archive was outstanding, so I expect nothing less here. Then again, I would be satisfied with anything released on the Napoleon project.

I remember hearing about the film a dozen years ago when I was just getting acquainted with Kubrick’s works. Back then there was still hope that he might mount a return to the film, but that sadly never happened. There was also The Aryan Papers, which receives some attention in the Archive. It’s rumored that Kubrick abandoned the film in the early 90s after he learned that Spielberg was producing his own Holocaust drama.

Even with internet leaks and trade press attention, we are rarely given access to actual production materials from unfinished projects, which makes it extremely hard for budding film scholars to uncover very much. Castle’s work on the Kubrick archive is special but incredibly rare. Indeed, the Kubrick Archive revealed for all to see that the final act of A.I. was planned that way by Kubrick not by Spielberg. Here is one instance where early concept art and story notes have been used to dispel rumors and conjecture that Spielberg diluted Kubrick’s vision by tacking on a “happy” ending.

I have always been fascinated with the markings of the creative process: handwritten revisions on a screenplay draft, development conversations and roundtables, concept art, musical outtakes and alternates. When the Star Wars scores were re-released in 1997 (to coincide with the theatrical re-releases), I was amazed to find a selection of outtakes from the main title, which were “hidden” on an unlisted track. Included were the first few takes of the cue, which contain slightly different orchestration and timing. It felt as if I was transported to that London scoring stage back in 1977 and was hearing it for the first time along with the engineers and orchestra.

These uncompleted projects all share a certain cachet because they are shrouded in mystery. We will never know, but we can certainly imagine how good they could have been. I doubt Napoleon was going to be the greatest film ever made, but we’ll never know, will we? All we have are the frayed pieces of the puzzle. To be sure, I have only scratched the surface with films that were never made. If you have a favorite, please share it. I’d love to compile a list of almost-mades.

On a completely unrelated note I was very disappointed to find out that Variety is ending its three year “experiment” of free access to its online content. From now on, unsubscribed users will have extremely limited access to the site, amounting to something like a handful of articles per month. From now on the site will charge upwards of $250 for an annual subscription that will provide full access to its digital content. Turns out that the trade paper is happy to narrow its readership to industry-only folks, leaving the rest of us to either pay up or move on to other sources of industry news. According to a Huffington Post article on the matter:

“The vast majority of Variety’s subscribers are in the entertainment industry, and so are the advertisers. Because these agents, studios and other companies in the trade seek readers in the industry, they care less about the general audiences that had read the site for free, Stiles said. About 95 percent of Variety’s advertisers buy spots on the Web site and in print.”

I, for one, count Variety as an incredible resource for my research and general interest in the Hollywood film industry. The film reviews are concise, thoughtful, and well-rounded pieces of pop film criticism — especially those by Todd McCarthy. Their attention to fine-grained details like editing, scoring, sound design, and photography is unique among trade press and newspaper reviews. I also find their broader articles on trends, profiles, and other matters of craft to be pretty informative. So it’s disheartening to see the publication go the way of the pay wall. Oh well, either I’ll pay the piper or try The Hollywood Reporter, which still remains a free resource.

On a brighter note, Happy Holidays and Happy New Year! I’ll be back soon with some thoughts on the decade that was, including a year-end list that has been ten years in the making. 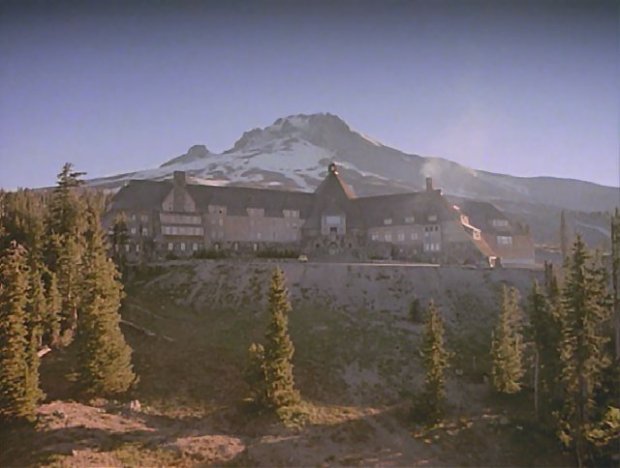